Robert E. Lee and Me: A Southerner's Reckoning with the Myth of the Lost Cause 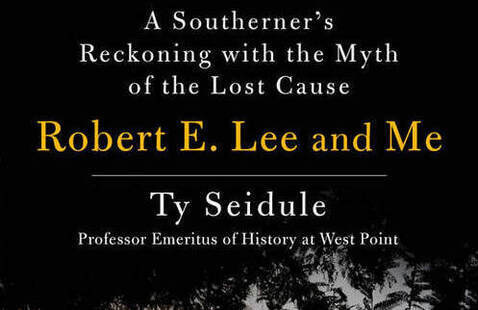 O'Hare Academic Building, Bazarsky Lecture Hall View map
Add to calendar
Save to Google Calendar Save to iCal Save to Outlook

https://www.eventbrite.com/e/robert-e-lee-and-me-tickets-432892973537?aff=affiliate1
View map
Add to calendar
Save to Google Calendar Save to iCal Save to Outlook

Ty Seidule challenges the myths and lies of the Confederate legacy using his own history as a white Southerner, a soldier, and a scholar to explore why some of our nation’s oldest wounds have never healed.

T﻿his event is in partnership with the Salve Regina University Pell Honors Program.

Ty Seidule is a Visiting Professor of History at Hamilton College and Professor Emeritus of History at West Point. He served in the U.S. Army for 36 years, retiring as a Brigadier General. Ty serves as Vice Chair for the Congressional Naming Commission tasked to rename Department of Defense assets that honor Confederates. His latest book is Robert E. Lee and Me: A Southerner’s Reckoning with the Myth of the Lost Cause. Several news outlets named it one of the best books of 2021. A leader in digital history, Ty is the creator and senior editor of the award-winning West Point History of Warfare, the largest enhanced digital book in any field. His video lecture “Was the Civil War about Slavery?” has 35 million views on social media. Ty is the author or editor of six other books on military history, three of which won distinguished writing prizes, including The West Point History of the Civil War. He is a New America Fellow and serves on the advisory board for the National World War II Museum. During his long Army career, he served in armor and cavalry units in peace and war in the U.S., the Balkans, Germany, Italy, Saudi Arabia, Iraq, and Kenya.